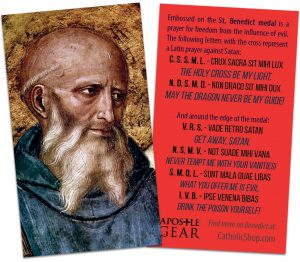 According to many priests (especially exorcists), the St. Benedict Medal is one of the most powerful spiritual objects in the church to “repel evil.” The medal has been used in exorcisms and worn by the faithful for hundreds of years.

Should you wear a St. Benedict medal? Read this article to learn why you might want to consider it. 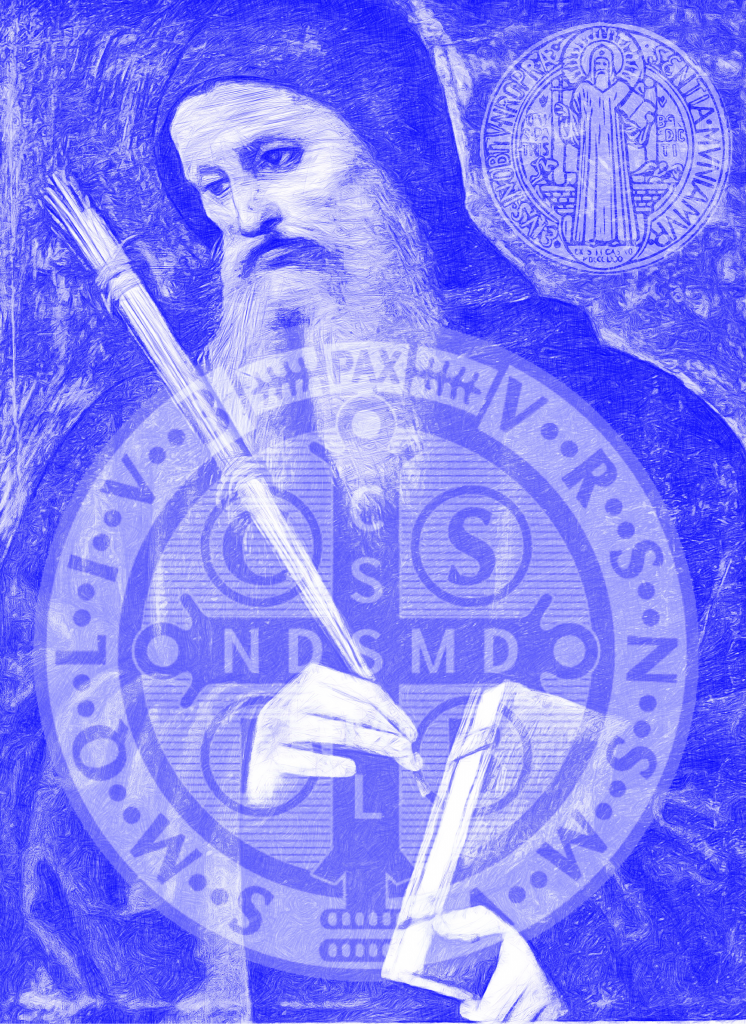 Who Was St. Benedict?

St. Benedict of Nursia, Italy (A.D. 480-543) was the twin brother of St. Scholastica. Theologians consider St. Benedict to be the “Father of Western Monasticism.” His Rule came to be the basis of organization for the Franciscans, Dominicans, and other religious orders.

Benedict had been living in a cave near Naples, Italy for three years as he developed his spirituality. One day, a group of monks came to him and asked him to be their abbot. He agreed but insisted on the monks maintaining a life of greater piety.

Some of the monks in the order disliked Benedict’s approach, so they hatched a plan to do away with him by poisoning his wine. Benedict, however, was miraculously saved after he prayed a blessing over the cup, and the cup shattered!

He returned to his cave at Subiaco but was almost poisoned again, this time with poisoned bread. This time, he prayed a blessing over the bread, but a raven swept in and took the loaf away.

The History of the St. Benedict Medal

After Benedict’s death, the Church came to invoke his intercession against evil (just as Benedict was saved miraculously from evil) and the St. Benedict medal is one of the most powerful objects used in exorcisms.

Pope Benedict XIV recommended the use of the medal to the faithful in 1742. The medal usually worn today (and sold on CatholicShop.com) was designed by a monk named Desiderius Lenz, from the Beuron Art School. Lenz designed it in 1880 for the 1400th anniversary of the birth of St. Benedict. 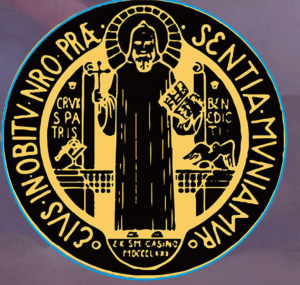 The Front of the St. Benedict Medal

The front of the medal depicts St. Benedict holding a cross and his rule. The word PAX can be seen on the top, which means “peace.” To one side of St. Benedict is a poisoned cup and a raven on the other―both references to a Benedictine hagiography―and above the cup are these words:

Surrounding St. Benedict are the words:

Eius in obitu nostro praesentia muniamur!
(“May we be strengthened by his presence in the hour of our death”)

This refers to St. Benedict being a Patron of a Happy Death (along with St. Joseph). 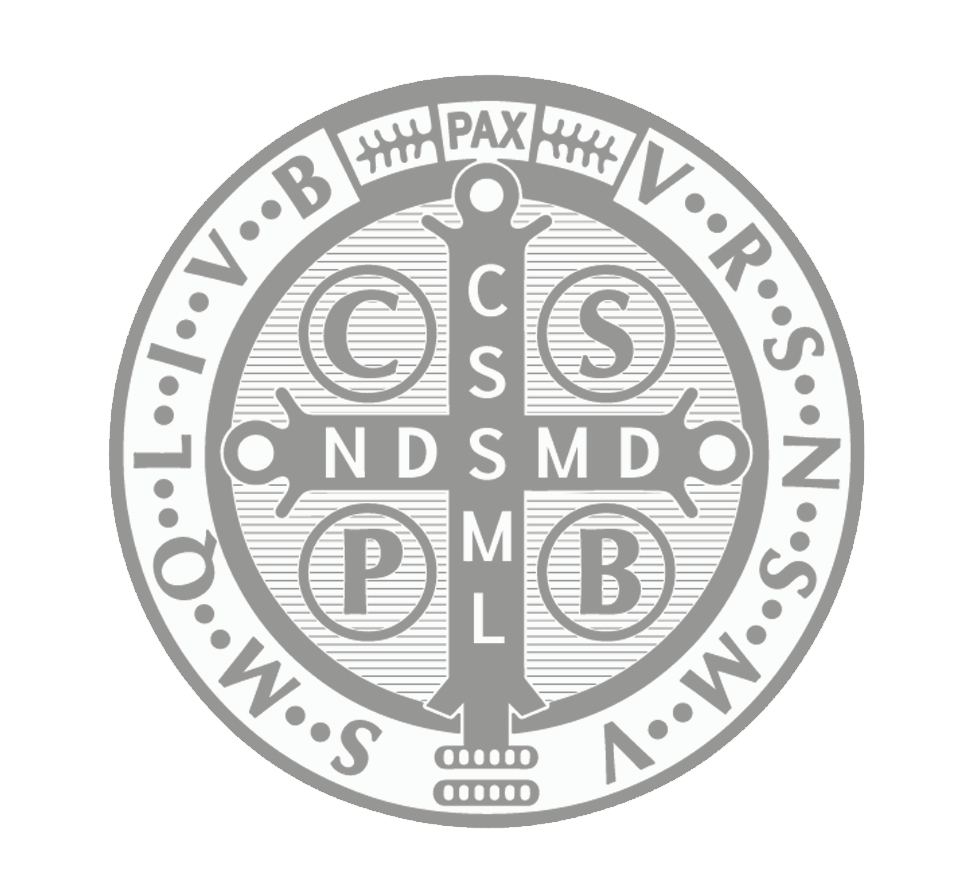 The Back of the St. Benedict Medal

On the back of the St. Benedict medal is a cross with the letters C S S M L – N D S M D.  These letters are actually the initials of these words: 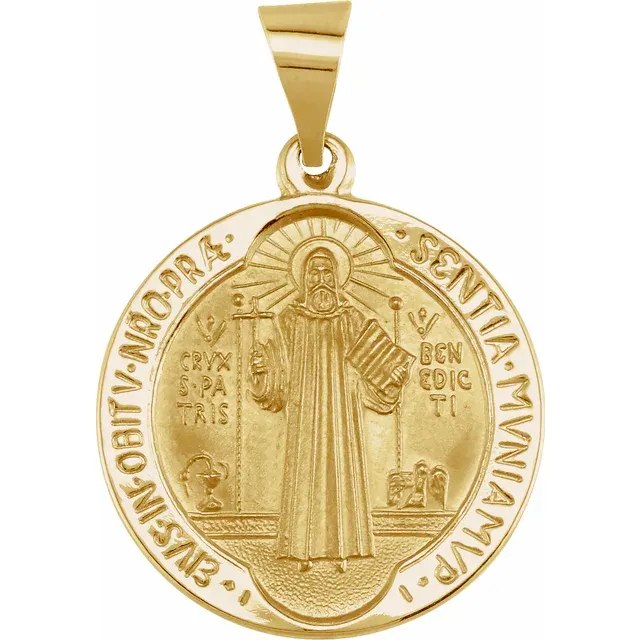 Crux sacra sit mihi lux! Non draco sit mihi dux!
(“May the holy cross be my light! May the dragon never be my overlord!”)

The larger letters, C S P B, are for these words:

On the back of the St. Benedict medal are the letters V R S N S M V – S M Q L I V B, which are the initials of the Rite of Exorcism prayer:

Dom Gueranger highlighted the positive effects of wearing a St. Benedict medal, which include:

Not Just For Exorcists

The St. Benedict medal is used by exorcists, even today. Lay people are permitted to use the St. Benedict Medal to ward off evil (but not conduct exorcisms).  Some of the medal’s permitted useage by the Church includes: 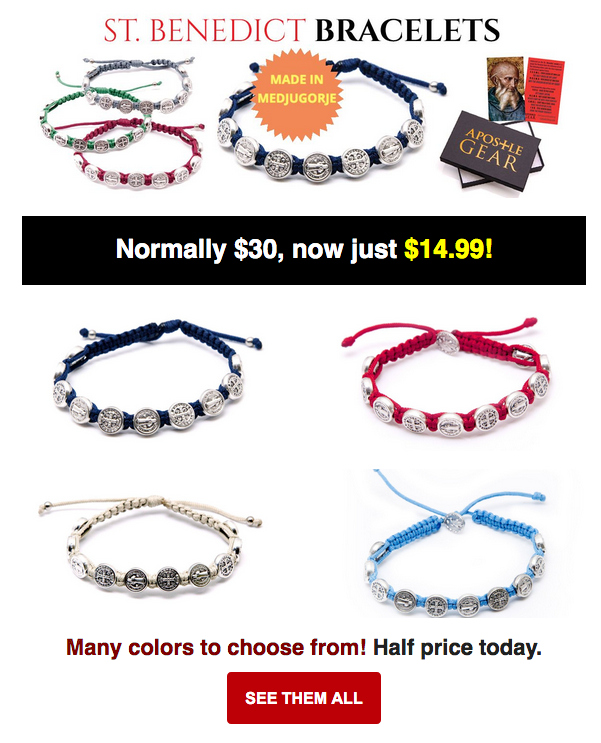 Wear these St. Benedict Bracelets bracelets for protection, style, and to always remind yourself that God has given you a mission to make the world a better place.

Many of these special bracelets feature ten St. Benedict medals woven together with heavy paracord. Having ten medals also means that these bracelets can double as a way to pray the rosary.

Also included is our exclusive St. Benedict Prayer Card, which features the powerful Benedictine prayer against the influence of evil, in both Latin and English. 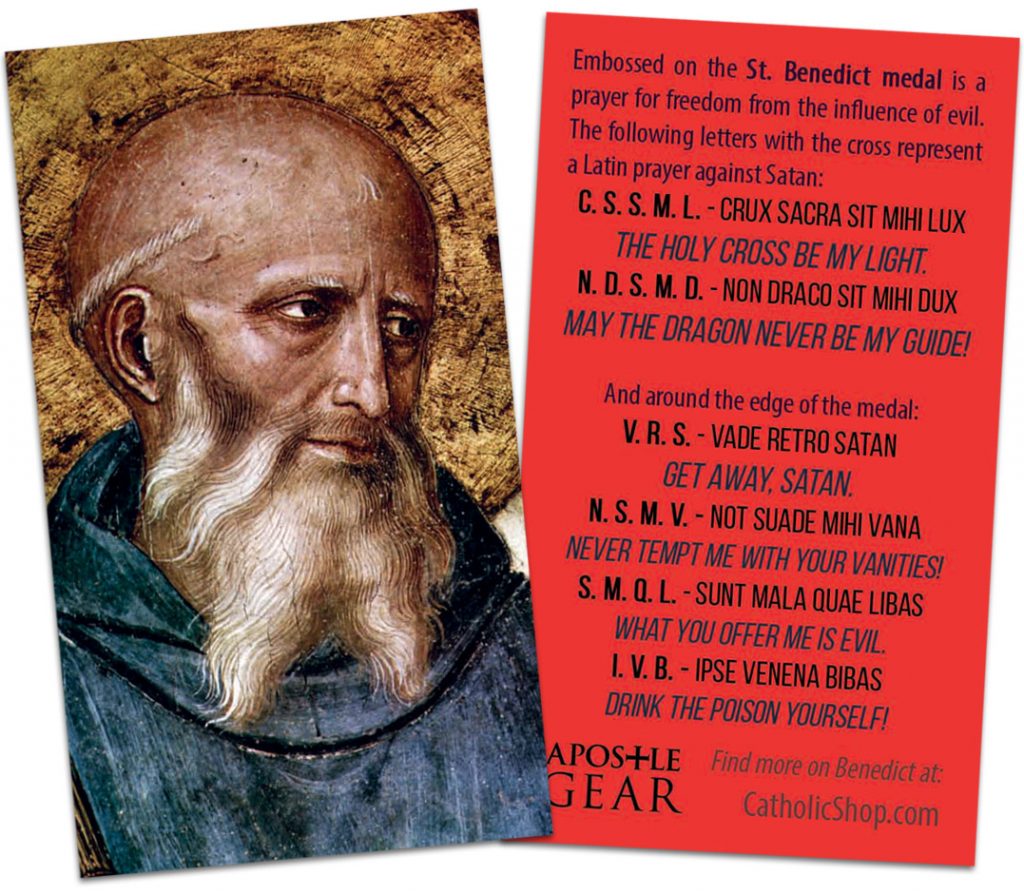 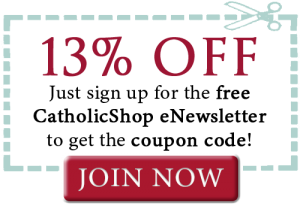 I ordered the 14K Gold-Dipped Unity Chalice Round Tie Tack and was pleasantly surprised when it arrived! The photo does not do it justice.